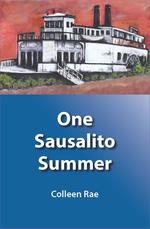 Mohave Mambo is a fast-paced, adventure novel about an exotic dancer, Lola Raines, who must flee the mob in Las Vegas because she witnessed a murder and there is a hit out on her.  She hides out in a small rural town in Arizona, meets a cowboy, falls in love, starts a new life, all the while unaware that a killer is on her trail.

Shiloh Speaks is the story of a captivating dog and the special relationship with his master. Shiloh tells of his relationships with other dogs, cats, people with drama, intrigue, and fun.  He always returns to his life experiences in volunteerism as a Therapy Dog. If you love dogs, this book will tug at your heartstrings as you read about Shiloh, friend and confidant to humans of all ages. This is an inspiration to all who read it.

Based on a true event, One Sausalito Summer is the story of how one enclave of rock music began in the San Francisco Bay Area. Cass and Lia visit the Charles Van Damme dry-docked ferry boat for a summer.  Cass’s musical experiences and involvement with Jesse a musician, contrast with the romantic endeavors of the boat Captain, Howard and Lia. The Van Damme’s coffee house, The Ark is the meeting place for all the Rock and Folk musicians for miles around. This one summer begins the legend of the San Francisco Bay Area rock music history.

Lola and Sherry leave the States and head for Mexico to throw off any possible hit-man that might still be after Lola. They visit Lola's old flame, Lenny, and a new man, Clint, enters Sherry's life. While dodging another assassin, Lola and her sidekick Sherry take a homeless woman and her five children under their wings. They open a soup kitchen in downtown Chihuahua and feed the women and children of the barrio. They are befriended by a police lieutenant, a university professor and two extraordinary men who are smitten with the girls. These new friends work hard to save Lola's life. 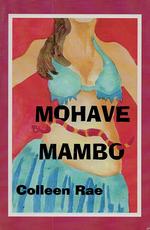 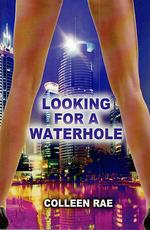 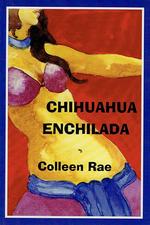 Love Like a River is the story of Cate and Terry, who traveled from Turkey to Nepal, via Afghanistan, Pakistan and India, in 1973. They live and love dangerously, walking besides mountain rivers, sleeping under foreign stars, traveling to untamed lands, and smoking hashish with primitive tribesmen. Separated for twenty-five years after their great adventue together, they reunite as Terry fights lung cancer.  It is a passionate love story that will move the reader to tears.

Looking for a Waterhole

Looking for a Waterhole is Colleen Rae's fifth novel. Against a backdrop of Las Vegas in the 1970's, when the Mob was still in power, this novel portrays four women, following their destinies in a town that was infamous for losers and addictions.

From Native American stripper, Wanda Moon, to her Mob-connected boyfriend, Sol Wolfe, the adventures and suspense revolve around them as well as the other women in the novel: showgirl, Suzanne Cane, waitress, Violet Kandinsky and Ruby Songer, a topless dancer.

The reader is propelled into the Vegas storm of avarice and dreams, human hopes and heartbreaks, and ultimately, resolution. 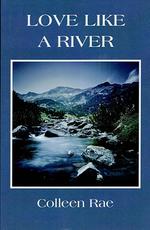